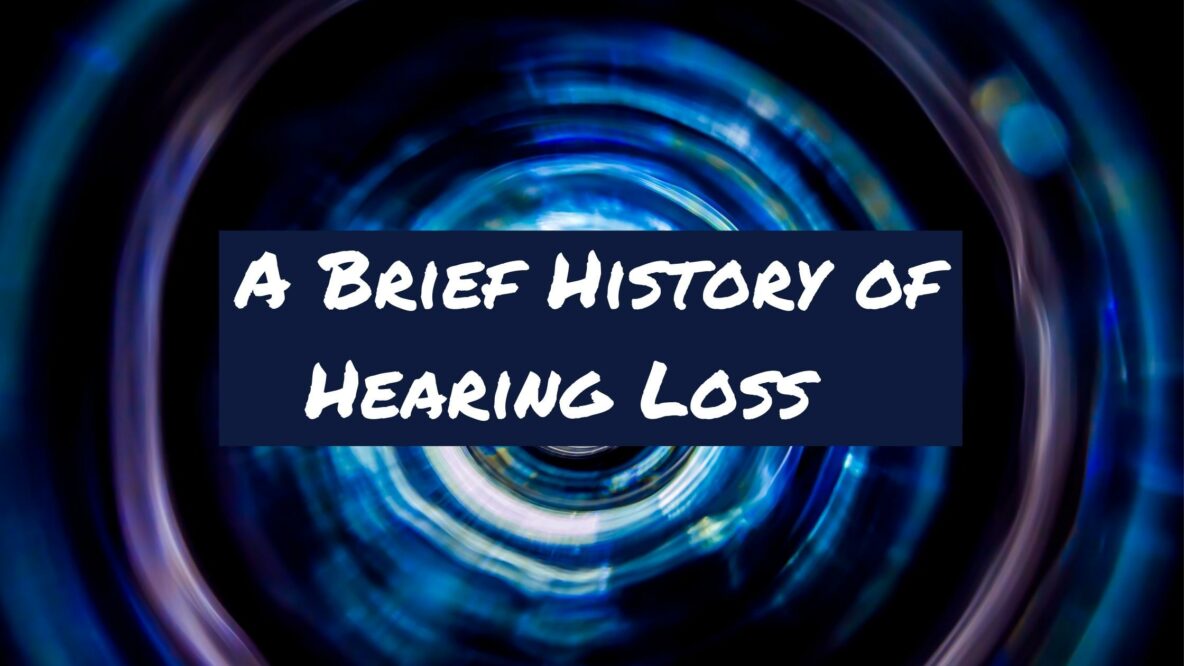 Today hearing loss in the US is estimated to affect as many as 48 million people and is expected to rise to 1 in 10 people in the next 30 years. While there is no cure for the most common forms of hearing loss, hearing aids are found to help combat the dangerous effects of hearing loss. These tiny digital devices have come a long way throughout history, helping to reduce strains on relationships, and prevent chronic depression, anxiety and cognitive decline associated with unaddressed hearing loss. To understand the amazing advancements, we’ve made in hearing care it’s important to remember from where we’ve come. It’s been a long journey to get to this point!

The earliest instances of hearing loss were discovered in skeletal remains dating over 10,000 years ago in the Shanidar Caves in Iraqi Kurdistan. Archeologists found exostoses, which are bony growths in ear canal that can cause conductive hearing loss.

Ancient Egypt spanned 30 centuries from 3100 B.C. to its conquest by Alexander the Great in 332 B.C. The earliest known written record of hearing loss was noted in the Ebers Papyrus, a medical journal dating back to 1550 BC. The text describes a remedy for “Ear That Hears Badly” which includes injecting olive oil, red lead, ant eggs, bat wings and goat urine into the ears. While many of these ingredients may have been ineffective, olive oil in the ears is still sometimes used to loosen up blockages of earwax as a home remedy.

In the early 10th-century household names and philosophers, Plato and Aristotle both spoke of hearing loss. However, their comments within the context of what we understand about the hearing impaired and deaf community now sound uncaring and incorrect. They both observed that “ability to reason was intrinsically linked with the ability to speak.” This suggests that they believed that a person’s hearing ability was linked to a lack of intelligence. Fortunately, we now understand that while people with hearing loss don’t always hear what you say it doesn’t link to their intellect and these communication issues can be helped with the diligent use of hearing aids.

Sign language is an amazing language for the deaf and hard of hearing that has its origins from the monks of ancient Burgundy in the 10th century. Monks who committed to a vow of silence created hand signals to communicate which eventually became known as Cluniac sign language. This nonverbal language spread across the monasteries of Europe with many noting that the language ‘would have been sufficient if they lost the use of their tongues’. This was the inspiration for what eventually became modern sign language.

However, when these were introduced in 1913, for the World Fair, these devices were large and cumbersome. By 1920 vacuum tube technology improved the portability and function of hearing aids and was the standard until the mid-1940 with the invention of transistor technology developed for WWII. With the invention of microprocessors in the mid-1970s and ’80s gave us faster lighter and more powerful hearing aids who used analog technology.

Digital Devices and Beyond

Today’s digital technology can not only address specific hearing loss but suppress background noise, mask tinnitus, link wirelessly to telephones and media as well as use artificial intelligence to adapt to your surroundings.

To find out what the latest in hearing aids have to offer, make an appointment with us to have your hearing diagnosed and find out what can work best for you!